Jesus is a religious leader whose life and teachings are recorded in the Bible’s New Testament. He is a central figure in Christianity and is emulated as the incarnation of God by many Christians all over the world.

Suggested mantra for poojas
Jesus Christ was born circa 6 B.C. in Bethlehem. Little is known about his early life, but his life and his ministry are recorded in the New Testament, more a theological document than a biography. According to Christians, Jesus is considered the incarnation of God and his teachings are followed as an example for living a more spiritual life. Christians believe he died for the sins of all people and rose from the dead.

Most of Jesus's life is told through the four Gospels of the New Testament Bible, known as the Canonical gospels, written by Matthew, Mark, Luke and John. These are not biographies in the modern sense but accounts with allegorical intent. They are written to engender faith in Jesus as the Messiah and the incarnation of God, who came to teach, suffer and die for people’s sins.

Jesus was born circa 6 B.C. in Bethlehem. His mother, Mary, was a virgin who was betrothed to Joseph, a carpenter. Christians believe Jesus was born through Immaculate Conception. His lineage can be traced back to the house of David. According to the Gospel of Matthew (2:1), Jesus was born during the reign of Herod the Great, who upon hearing of his birth felt threatened and tried to kill Jesus by ordering all of Bethlehem’s male children under age two to be killed. But Joseph was warned by an angel and took Mary and the child to Egypt until Herod’s death, where upon he brought the family back and settled in the town of Nazareth, in Galilee.

Jesus returned to Galilee and made trips to neighboring villages. During this time, several people became his disciples. One of these was Mary Magdalene, who is first mentioned the Gospel of Luke (16:9) and later in all four gospels at the crucifixion. Though not mentioned in the context of the "12 disciples," she is considered to have been involved in Jesus's ministry from the beginning to his death and after. According to the gospels of Mark and John, Jesus appeared to Magdalene first after his resurrection.

Jesus and his 12 disciples met for the Passover meal, and he gave them his final words of faith. He also foretold of his betrayal by one of the disciples and privately let Judas know it was he. Jesus told Peter that before a rooster crowed the next morning, he would have denied knowing Jesus three times. At the end of the meal, Jesus instituted the Eucharist, which in the Christian religion, signifies the covenant between God and humans.

Information about the mantra:
There is no specific mantra or pray for Jesus. You can choose freely. 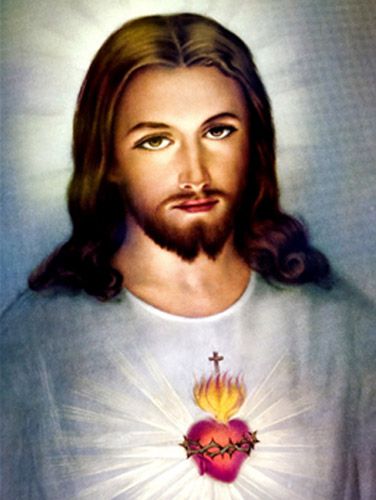